Bebe Rexha flashes seductive stare as she dances to Fergie’s 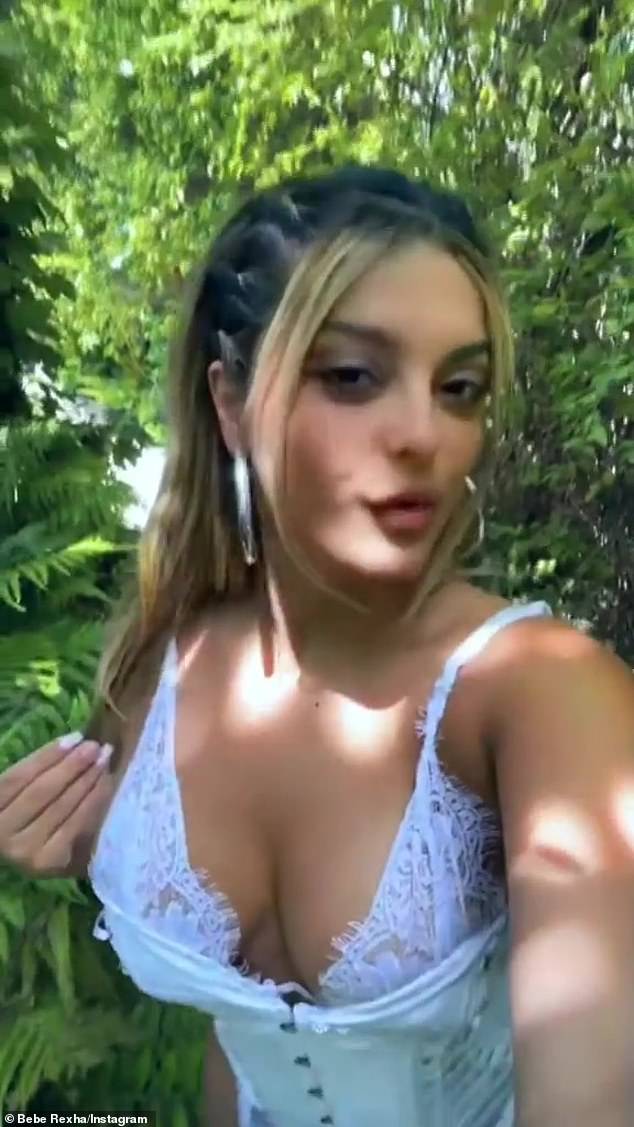 By Kevin Kayhart For Dailymail.com

Bebe Rexha has sent many of her fans and followers into a frenzy over her latest exhibition on Instagram.

On Thursday, the pop star flaunted off her famous curves and cleavage in a video of her lip-synching along Fergie’s Glamorous (featuring Ludacris) in a skimpy white lace undergarment.

The I’m Gonna Show You Crazy star can be seen maneuvering her camera phone as she seductively dances her way through green brush and trees while mimicking one of the hooks of the song: ‘G-L-A-M-O-R-O-U-S, yeah.’

Racy: Bebe Rexha, 32, sent pulses racing when she danced and lip-synched along to Fergie’s Glamorous in a white lace undergarment in a new Instagram video

Rexha, 32, has the shot zeroed-in on her face and enviable curves while decked out in the sexy number

The corset hugged her waist while the white lace bra and its plunging design was meant to grab the attention of admiring eyes.

With each letter of the catchy line, ‘G-L-A-M-O-R-O-U-S,’ Rexha gyrated her body in rhythm to the beat of the song while she flashed a seductive stare.

During her dance routine, she grabbed at her dyed blonde tresses, which were sectioned off in braids on the sides but hung long and low in the back. 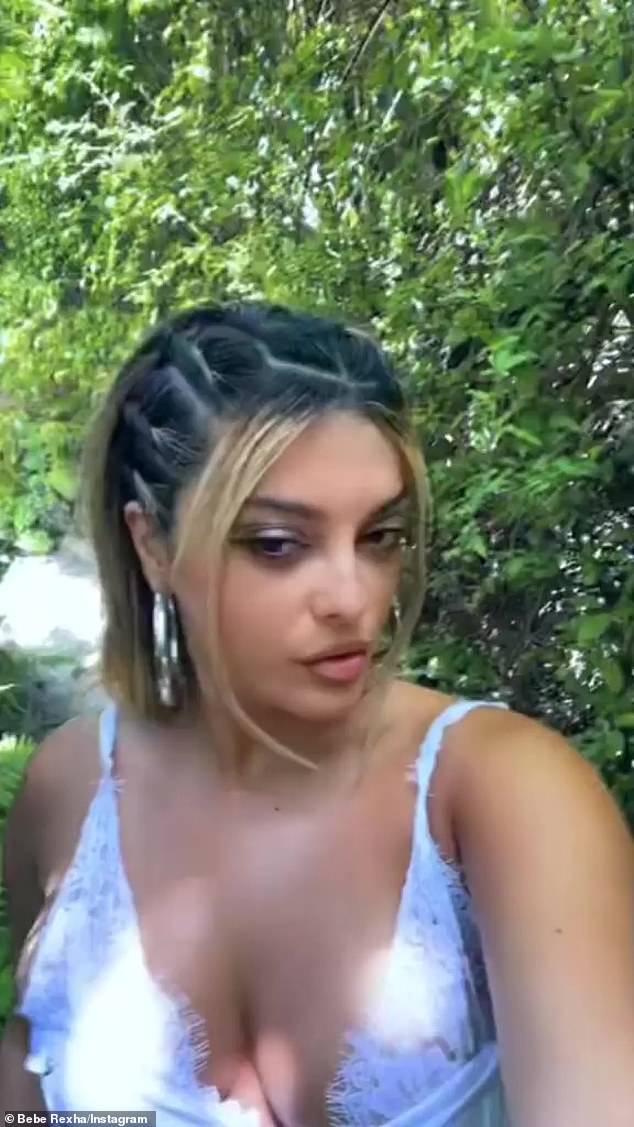 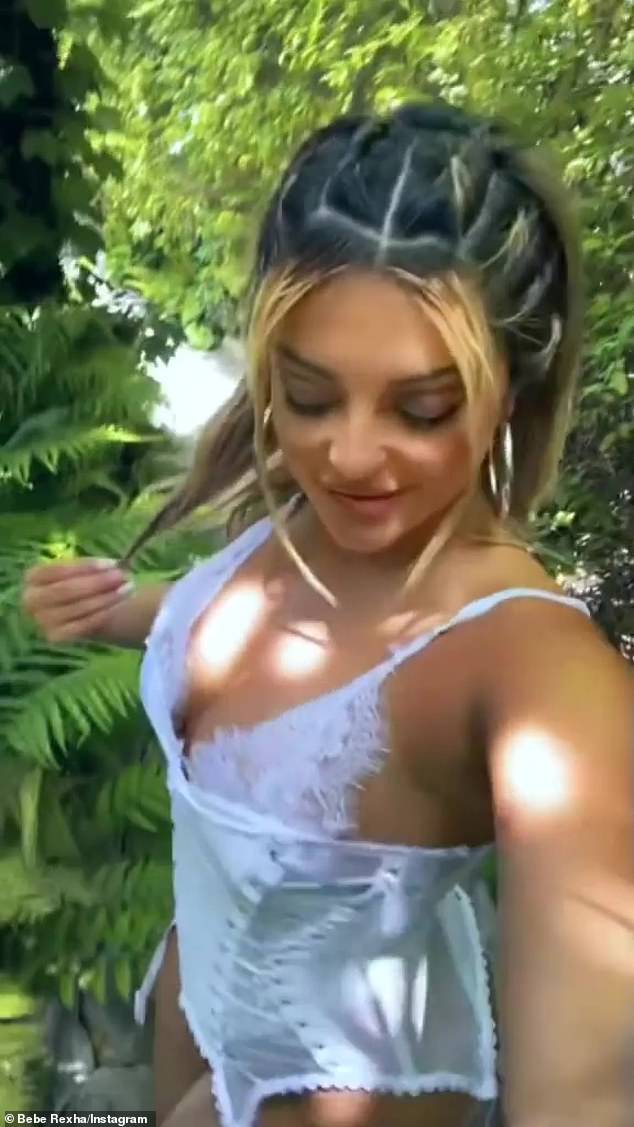 Touchy feely: The pop star repeatedly grabbed at her hair as she danced through green brush

A slew of her 10.7 million Instagram fans and followers couldn’t resist sharing their thoughts about her racy exhibition, many of which shared a series of flame emojis to share how hot that found her to be  in the video.

One woman wrote, ‘the prettiest ever!’ while many others shared their ‘Love’ for Rexha.

One fans wrote, ‘Why you gotta be so lovely… It should be illegal to be this beautiful.

And another of her female fans summed it all up by writing: ‘she’s beauty, she’s grace, she’s @beberexha!!!!’ 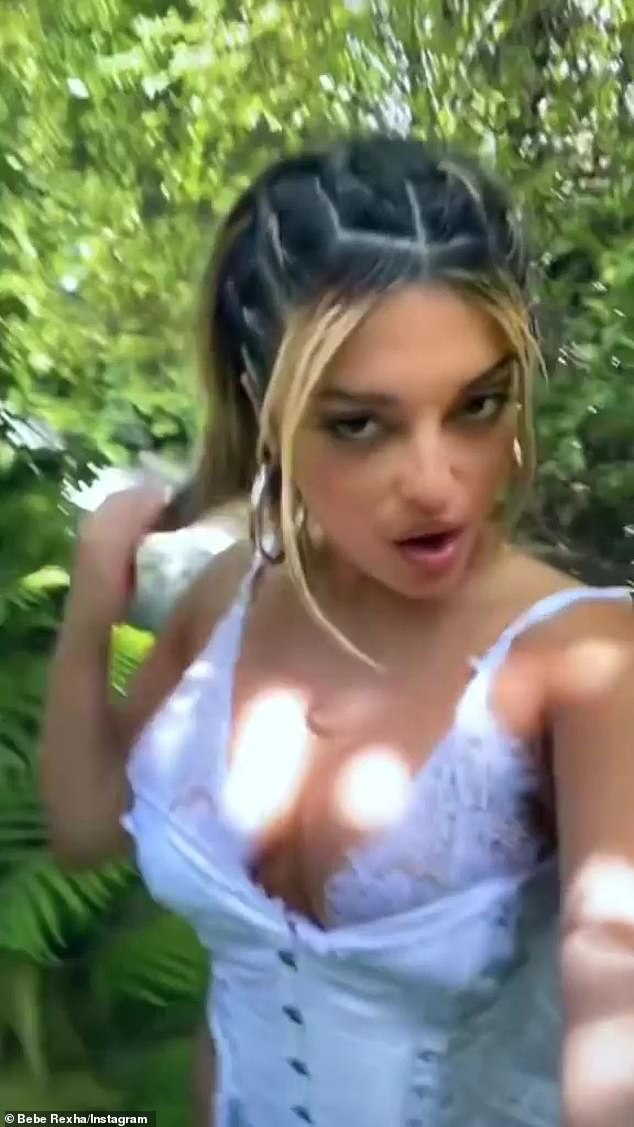 Hot reaction: The racy exhibition sent many of her Instagram fans and followers into a frenzy 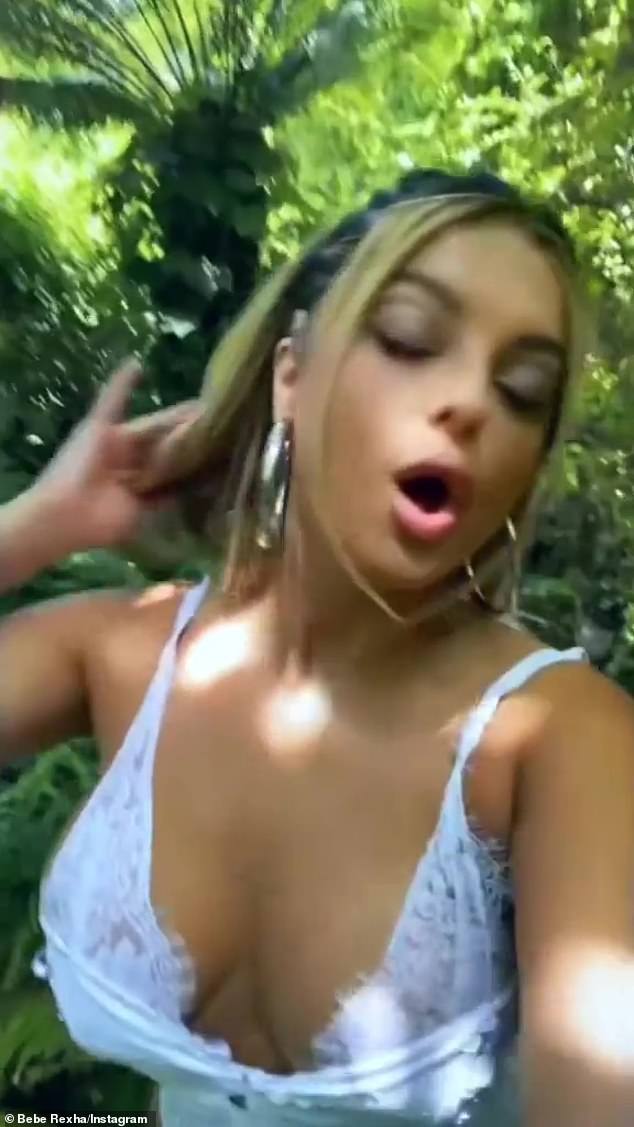 Movin’ to the groovin’: With each letter of the catchy line, ‘G-L-A-M-O-R-O-U-S,’ Rexha gyrated her body in rhythm to the beat of the song while she flashed a seductive stare

Rexha broke out as a solo artist when she dropped her debut single I Can’t Stop Drinking About You in 2014, which peaked at number 22 on the U.S. Top Heatseekers chart.

She followed up that same year by releasing I’m Gonna Show You Crazy and Gone.

She proceeded to drop her debut EP Don’t Wanna Grow Up in May 2015.

It would take three years for her to release her debut studio album Expectations, which debuted at number 13 on the U.S. Billboard 200 chart behind the promotional singles Ferrari and 2 Souls on Fire.

Her duet Baby, I’m Jealous with Doja Cat was the lead single off her most recent LP Better Mistakes, which was released in May 2021. 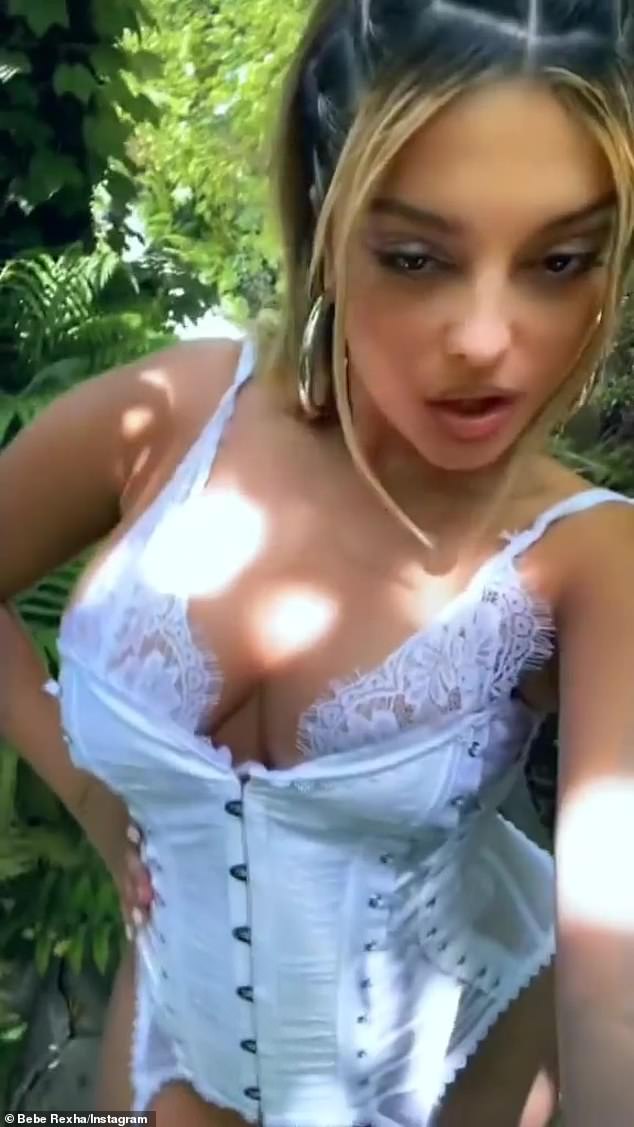 Taking a break: The pop star last released her second studio album Better Mistakes in May 2021, which included the duet Baby, I’m Jealous with Doja Cat